How to speed financing cycles and expand e-commerce product lines 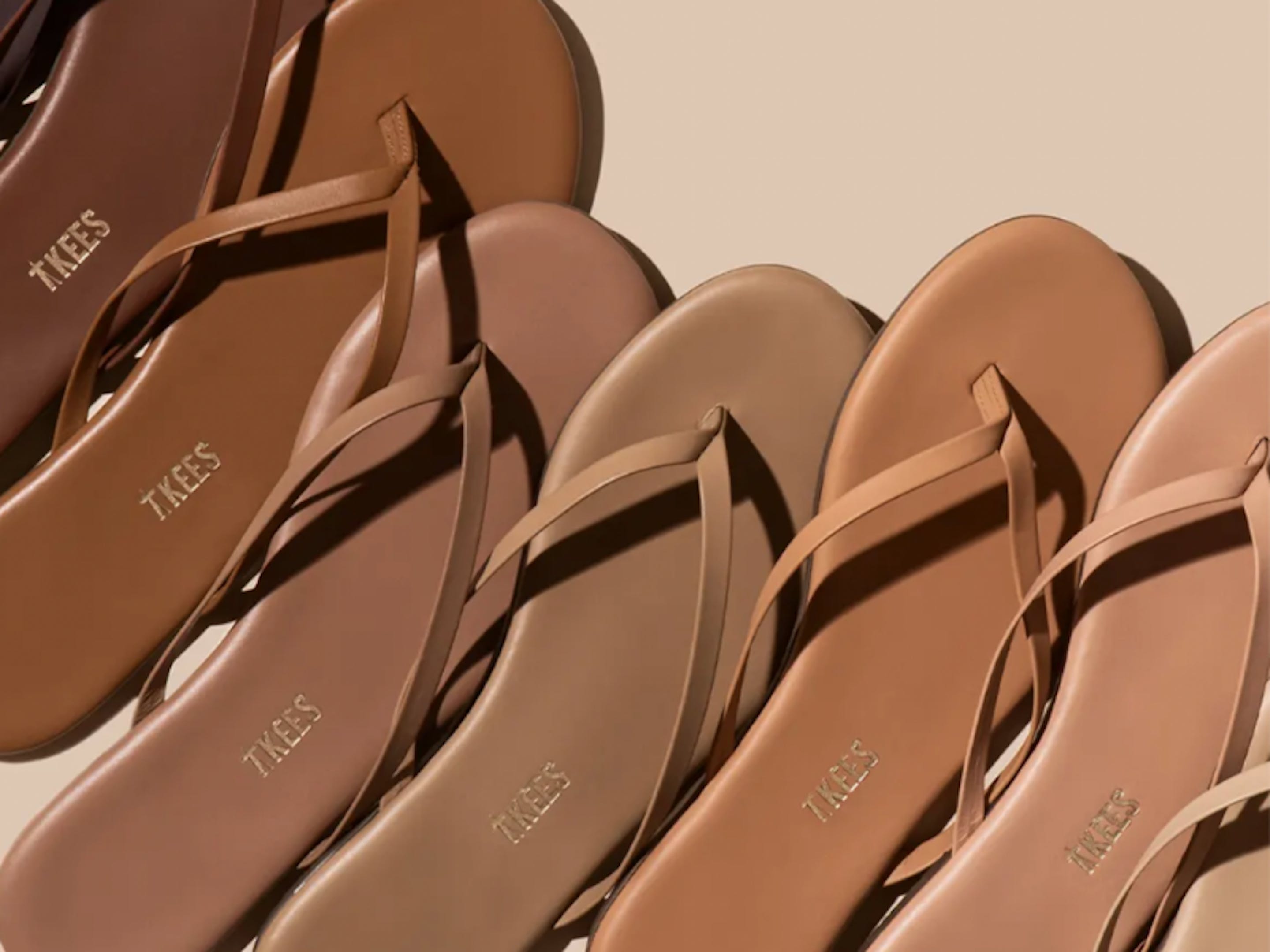 Those are some of the words fashion lovers use to describe TKEES sandals and fashion lines. TKEES founder Carly Burnett always loved the idea of running out of the house barefoot. But living in New York City, she knew it wasn't quite practical.

Back in 2009, the only flip-flops on the market were the cheap plastic shower shoe. Walking along the beaches of St. Barths with her husband and soon-to-be co-founder Jesse, a lightning bolt moment hit Carly. There was a need for an elegant and simple skin-tone flip-flop. The idea being it would disappear on your foot, much like makeup disappears on your face when blended.

Together Jesse and Carly named their sandal creation Foundations, in reference to makeup; TKEES became cosmetics for feet.

The pair loved the concept and decided to jump right in and allow the product to blossom. They came up with a classic-looking flip-flop and elevated the shoe using leather, suede, and other luxurious materials.

“Inclusivity was key for us right from the start,” says Carly. “There’s not one single shade of nude; there are many. We started with five skin tone colours, quickly grew to eight, and then 12. Foundations disappear on everyone’s foot.”

Jesse and Carly began selling flip-flops to small boutiques through a wholesale model with new headquarters established in Toronto. Customers noted they fit so well it was like wearing a second skin. Because of their sleek and stylish look, fashionistas commented they paired with anything from sweat pants to little black dresses.

TKEES experienced steady growth and began building an engaged community around the brand. It wasn’t long before they decided to transition to a D2C model and started selling online.

TKEES has a unique pricing strategy. Priced higher than the standard plastic sandals, TKEES are still the most inexpensive product in the most expensive stores. It makes them a high-end, yet accessible item.

“You had everyone from 12-year-olds asking their mom, all the way up to Angelina Jolie wearing TKEES,” quips Carly. “We never paid for celebrity endorsements—Foundations are a product loved by everyone.”

TKEES continued to gain popularity, but Carly and Jesse repeatedly ran into the same problem; they always had more customer demand than supply. (A good problem!)

Access to capital had been their main challenge from the start. It’s slowed down financial cycles and made pivots difficult. They raised an equity round through venture funding but were unsatisfied with the fact that they had to give up a piece of their company they’d worked so hard to build.

“We went to private lenders and private banks,” remembers Carly. “The big banks didn’t want to touch it, so we went the venture route to finance. We had to give up equity, our soul, and our firstborn.”

When Carly and Jesse came across Clearco, the founding story resonated with them immediately. For founders, by founders, Jesse felt it made it easy and genuine to do business with Clearco. The capital was used for marketing expenses, allowing TKEES to invest its free cash flow into other parts of the company, like developing new product lines and expanding into apparel.

Another highlight for the founders has been Clearco’s understanding of e-commerce companies and the associated crucial metrics. Compared to their previous experiences, they felt relieved they didn’t have to explain their D2C business model to investors. They were also drawn to Clearco’s mission to take the bias out of funding through the use of data to prove company success. Relying on data has helped Clearco fund 50X more women than traditional VCs.

Since their first advance of capital in 2019, TKEES has more than doubled in size.

Since their first advance of capital in 2019, TKEES has more than doubled in size.

What’s next for TKEES, you ask? 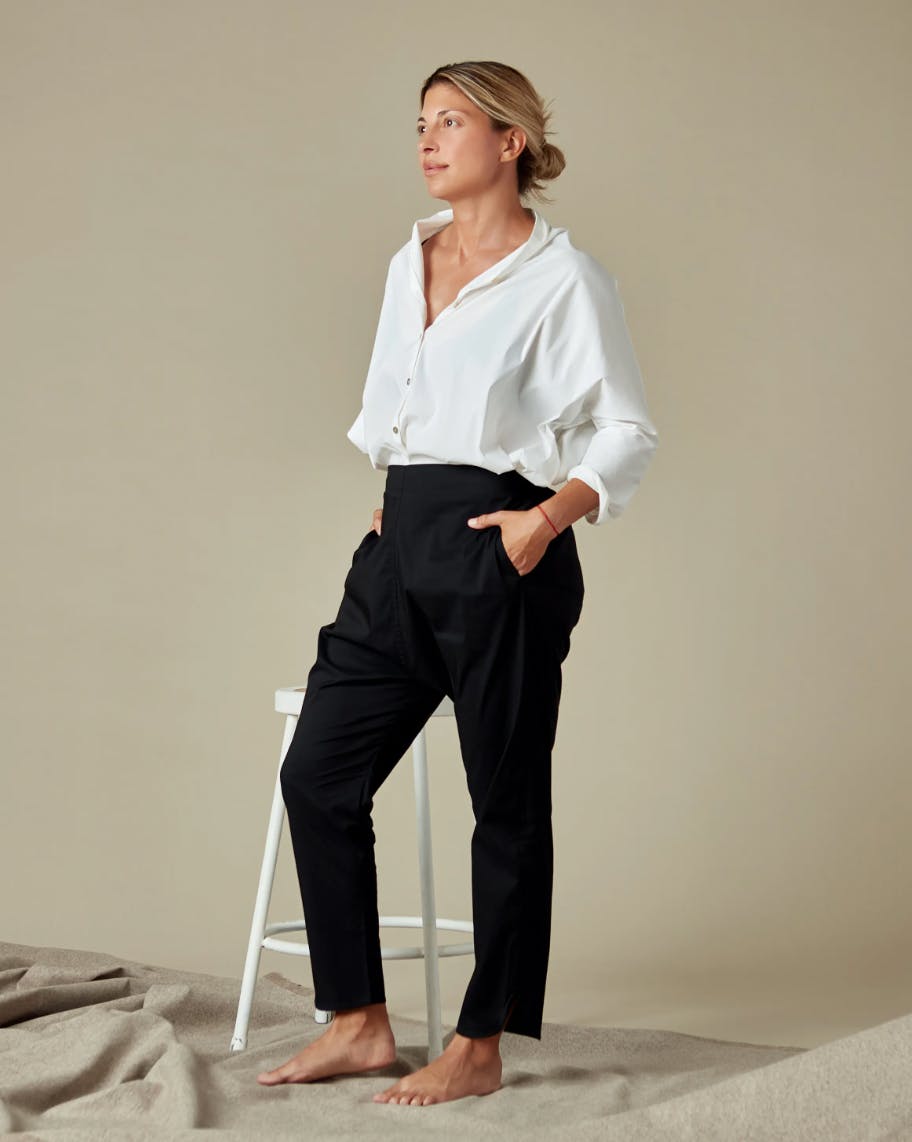 Not only have the classic Foundations spawned new ideas for footwear TKEES also began to create clothing. “Over the past couple of years, we introduced clothing,” says Carly.

“We’re producing many new categories that fall into the same ethos—simple, clean, sophisticated, and approachable in price.”

True to their brand values, TKEES clothing lines are gender-neutral and financially accessible.

Their lines are so loved in North America and are currently sold in Holt Renfrew, Bloomingdale’s, and other select stores.

Adding a much-needed capital injection from Clearco to their cash flow cycle has allowed TKEES to reach and communicate with more buyers. This communication stream has helped them get vital feedback that helped grow TKEES product lines.

“We’re going into different categories with the same theme. We’re getting into sunglasses, bathing suits, etc. We reach out to our customers and ask what they’re looking for. Being communicative with our client base has given us a great indication of how to move forward.”

We’re so grateful to be part of the TKEES journey.

Want to team up with Clearco to speed your growth? Get started today with one click.

See how much your online business is eligible for