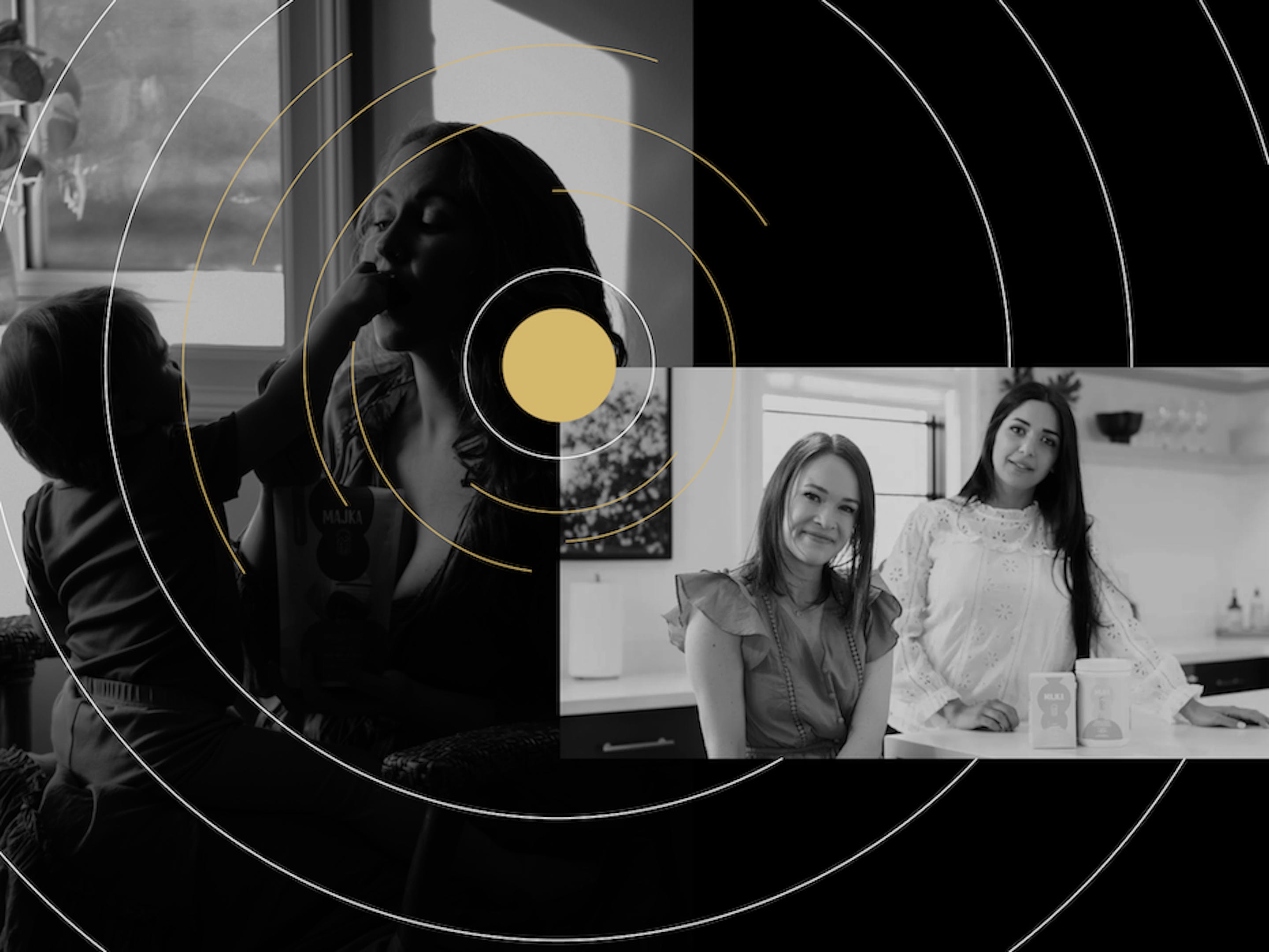 Lorena Garcia had always been a busy entrepreneur, working in digital branding and running her own digital agency. After traveling the world empowering other entrepreneurs to build their brands, she was ready for her next challenge: motherhood.

Like many other women, she thought pregnancy was the hard part of becoming a mother. As she puts it, “...you have your baby and it’s like you’ve got a koala attached to you all day. You can work, and you can travel, and you can do all these things. But that’s not the case.”

Within two weeks of giving birth to her son, Lorena went back to work, but she felt ill-prepared for her return to “normal”. She was completely depleted of energy, which caused her to crash. That crash—she would soon find out—was actually something called postnatal depletion.

Postnatal depletion is both the physical and mental deterioration many mothers experience after giving birth, and is partially caused by the depletion of nutrients experienced during childbirth and breastfeeding. The other side of it is all of the demands and stresses of motherhood—things like poor sleep and the constant stresses of keeping a new child happy and healthy.

Lorena describes her experience as “...running on an empty tank”. It wasn’t that she had postpartum depression, it was that she had almost no energy, felt awful, and wasn’t able to produce enough milk for her growing son. So she did what we all do—she started searching for a solution on the market. She quickly realized that although there are products out there to help with milk production, there wasn’t anything out there to help her feel better and more energized.

Lorena’s friend Majo was also struggling with finding products that support both lactation and nutritional support to avoid that postnatal crash. Realizing they were both out of luck, they decided to make their own solution, and Majka was born.

Lorena and Majo had a plan, but neither had past experience in developing supplements and health products. Their first step was to learn about supplement development, so they approached some supplement suppliers for support. After being told by one supplier to simply bring in the product they wanted so it could be replicated and rebranded, they came to a realization: the supplements industry is largely just marketing.

Lorena and Majo wanted to solve a problem, not slap a new label on an old product. Finding themselves back at square one, they connected with a formulator and a few experts, like a nutritionist and some doctors. The next step was to collaborate with the experts and formulator to make sure everyone was on the same page and understood their mission: to help moms feel healthy and ready to tackle whatever challenge comes their way.

After about a year of product development and experimentation, they had a supplement ready for the market. As they started to sell their products they heard about Clearco, and—despite initially thinking it was too good to be true—decided to take funding. As a busy entrepreneur and mom, Lorena loved that things were quick and easy with Clearco, leaving her with one less thing to worry about.

Their Clearco capital went towards their digital marketing efforts—advertising on Instagram, Facebook, and Google. With their Clearco funding, they grew by 300% in 2020 alone. As they saw continued success with their advertising, they expanded to advertise on TikTok and Pinterest to create more brand awareness.

At the core of Majka is their mission of helping moms feel their best so they can better enjoy motherhood and care for those they love the most. They’re not about trendy ingredients, but about being the problem solvers of motherhood. So as Majka has grown, they’ve listened to their customers, leading to the development of additional products, like their newly released postpartum hair supplement.

So, what’s next for Majka? They’ll continue to listen to their community of customers in order to keep solving more and more of the problems mothers face. They’re looking into partnering with lactation consultants, OGBYNs, and other experts to help push forward their mission of helping moms everywhere. As Lorena says, “If mom’s not good, no one else is good.”

The Ultimate Guide to E-Commerce Funding

A guide to securing a merchant cash advance