How one company shook up the tea industry by scaling marketing 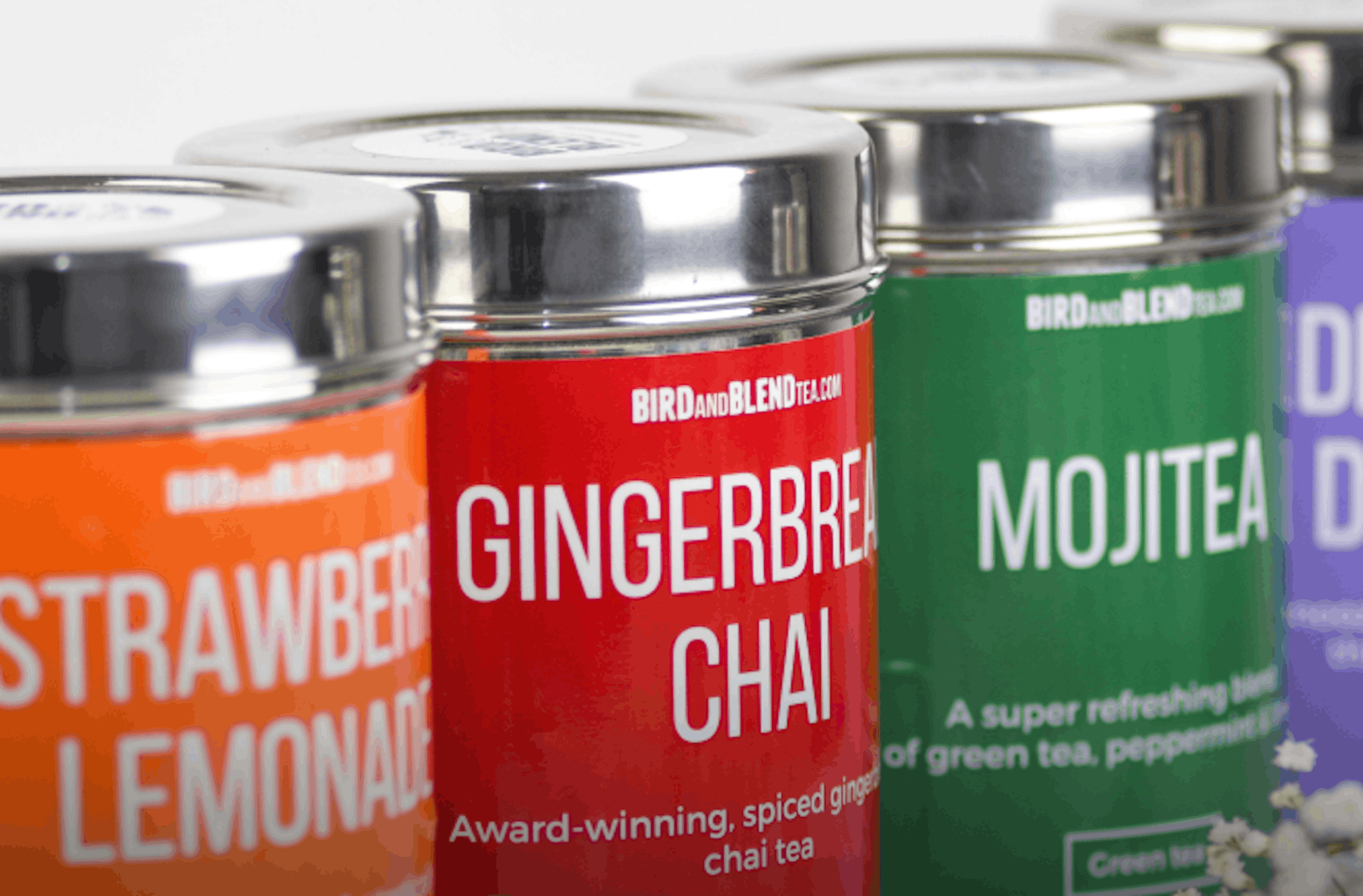 We all know the United Kingdom has a long tradition with tea. In recent decades, though, the drink’s popularity has seeped beyond its borders; in North America especially, tea is having a real momentfootnote 1 (sorry, coffee lovers). So when U.K. founders Krisi Smith and Mike Turner identified a gap in the British market for loose leaf teas, they knew there was an opportunity. Winners of Clearco’s ClearPitch event, Krisi and Mike are now shaking up the worldwide tea space, one leaf at a time.

Krisi and Mike’s story began with a move and a big one at that. After graduating from university and working at dead-end jobs, they both felt they needed a change in scenery. So what did they do? Krisi and Mike moved to Fernie, a Canadian town at the foot of the Rockies.

“Krisi ended up working at David’s Tea [the tea brand that popularized loose leaf in Canada] and as for me—my passion has always been in customer experience,” explains Mike. After some time at her job, Krisi saw that the tea industry was taking off, and knew she wanted to be a part of it. Leveraging her experience in the industry and Mike’s background in customer service, they joined forces and founded their own company, naming it ‘Bird & Blend Tea Co’footnote 2.

Customer service as the point of difference

When the duo first started in the industry, they knew they needed to set themselves apart in a saturated market. “The ethos behind our company has always been simple: to remain eco-conscious and people-focused while championing other independent businesses,” says Mike. He quickly saw that there was a real demand for tea companies that put customers first, especially in the U.K. “No one else was doing that—trying to put a smile on customers’ faces. So when we came onto the scene, that really set us apart,” explains Mike.

Their efforts paid off in a big way. Today, Bird & Blend is at the forefront of the loose leaf tea industry in the U.K., currently the second-largest tea retailer in the country. As Mike puts it, “Unlike North America, the U.K. has been a little bit slower to adopt loose leaf tea… meaning we had a real opportunity on our hands.”

The next challenge: Scaling their marketing

Now that they’re more established, founders Krisi and Mike have set their sights on getting their brand in front of new customers. “It’s crazy, but we’ve been turning around $5M without scaling our marketing at all, so we’re really excited to see what will happen when we really invest,” explains Mike. And part of that involves a multi-pronged e-commerce strategy. Prior to the pandemic, Bird & Blend had 11 stores, with ⅔ of their business in-store and ⅓ online. “Since then, though, we’ve seen a reversal in those numbers—alongside growth to 15 brick-and-mortar stores,” says Mike.

Because of these changes, Mike and Krisi are shifting the way they look at marketing their brand. Clearco’s model allowed them to secure the capital needed to spend big on paid media. “Before Clearco, we were using business credit cards, but now that we are upping our marketing efforts, it really felt like a no-brainer,” explains Mike.

They plan to spend most of their advance primarily on Facebook and Google advertising. “We’re in new territory here, for sure. Previously we hadn’t done much advertising, but nowadays we’re working with influencers and investing in lots of paid strategies,” adds Mike. They’re also currently in talks with Omnisend to build out an SMS marketing strategy.

One of their biggest challenges starting out was getting the financing needed to secure their inventory. “It’s hard when you’re first starting out—you aren’t taken seriously by most, and there are just so many barriers that exist with traditional funding institutions,” says Mike, “At the time, we were exploring all sorts of options, including taking out short term loans—at eye-watering interest rates, I might add.”

Armed with their funding from Clearco, Krisi and Mike are now in a position where they can start building stronger relationships with their suppliers. “The funding has helped us secure more inventory at better prices since we are now able to pay suppliers with the advance we received,” explains Mike. “Another goal of ours is to partner with other independent businesses who make tea-adjacent products, like mugs, for example,” adds Mike. “It’s all about supporting the smaller players by bringing those stories to the forefront.”

What’s next for Bird & Blend?

For Mike and Krisi, their goal has remained the same since day one: to make customers smile. “There are certain growth goals we want to hit—including tripling the business in the next couple of years—but none of that is possible without the customer,” says Mike, “If we can open stores where there’s demand, and bring customers a product they love, we’ve done our jobs.”

Bird & Blend has built an incredibly loyal customer base over the years that continues to grow.  According to Mike, the reason behind this is the company’s transparency. “We pay our suppliers a fair price; as a result, when prices go up on our end, we always let our customers know ahead of time, ” he explains. As for advice for other founders? “Don’t overthink, just do. We often put roadblocks in front of ourselves, but if you lift up your sleeves and do the work, you’re on the right path.”

What’s the best marketing attribution model for my business?